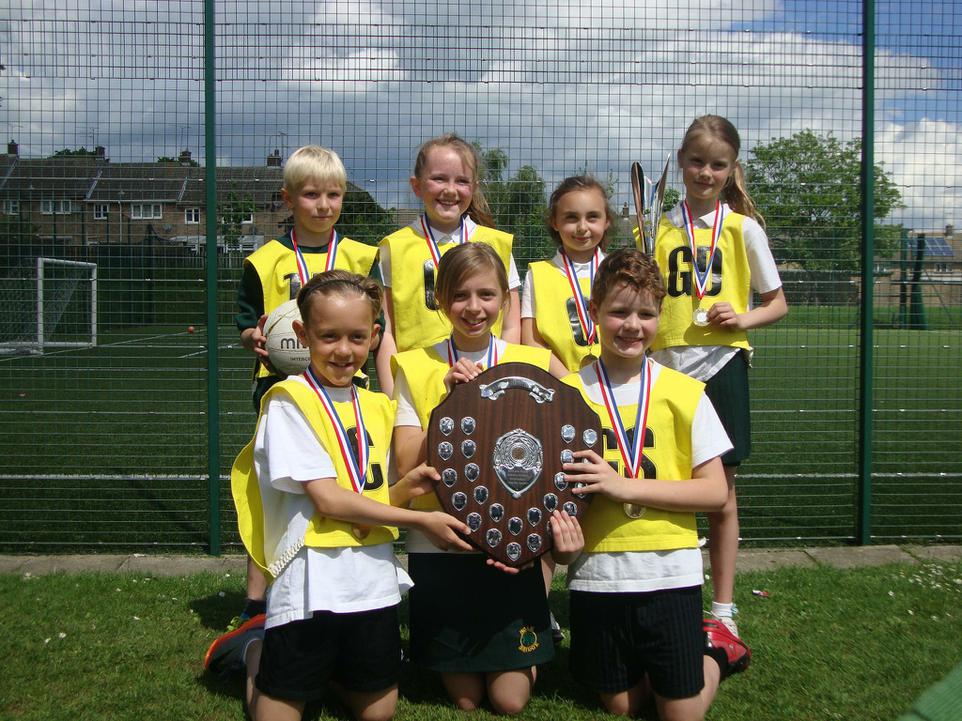 The netball team had an amazing achievement at the Lee Chapel Netball rally on Saturday 20th May ! Both teams played fantastically and showed great sportsmanship and teamwork during the whole day and were an absolute credit to the school.

The year 5 team, who played in the morning, got off to a great start winning 3 out of the 4 of their group games, progressing to the semi final against Lee Chapel, who they beat in extra time scoring the only goal of the match. They then played a fantastic match in the final against Greenstead, beating them 1-0 to become victorious as the Year 5 2017 Lee Chapel Police Rally winners!

The success continued in the afternoon, with the Year 6 team progressing through their group stage and into the semi finals where they played a challenging match against Lee Chapel. Unfortunately they did not win their semi final match but the teams finishing position was 3rd overall in the rally. Another fantastic achievement!

A huge congratulations to both teams on their success!