On Monday 26th June 2017, the year 6 netball players participated in a mini tournament at Kingswood Primary School. The team played 6 different teams during the tournament and won 5 of their matches. A great achievement. Courtney Clarke was chosen by another coach as the player of the tournament for Noak Bridge. Well done Courtney and well don the whole team for another fantastic effort 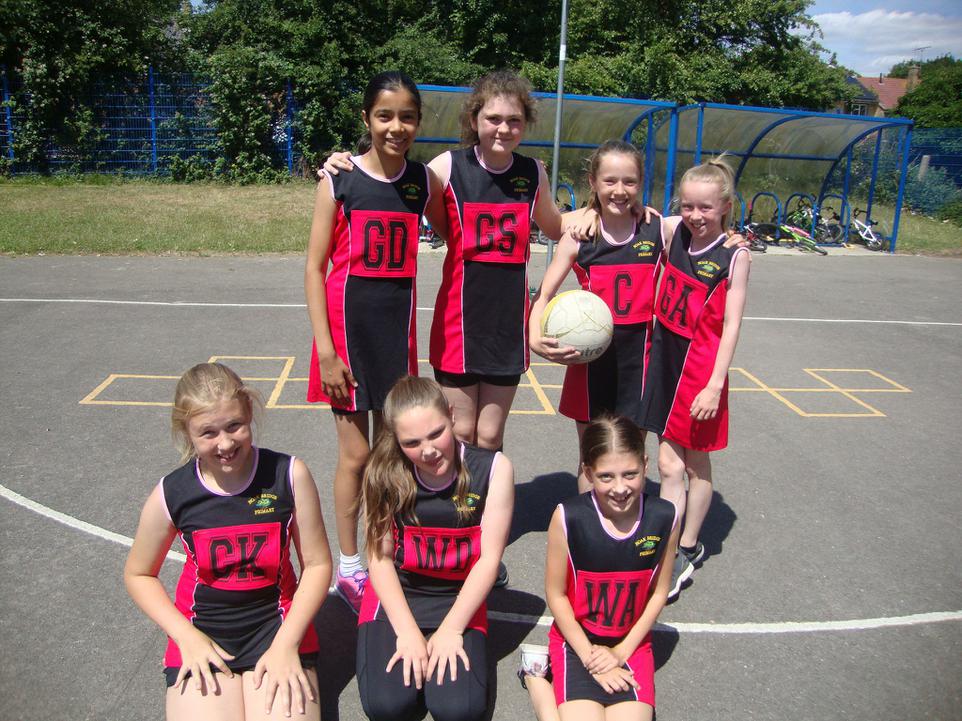 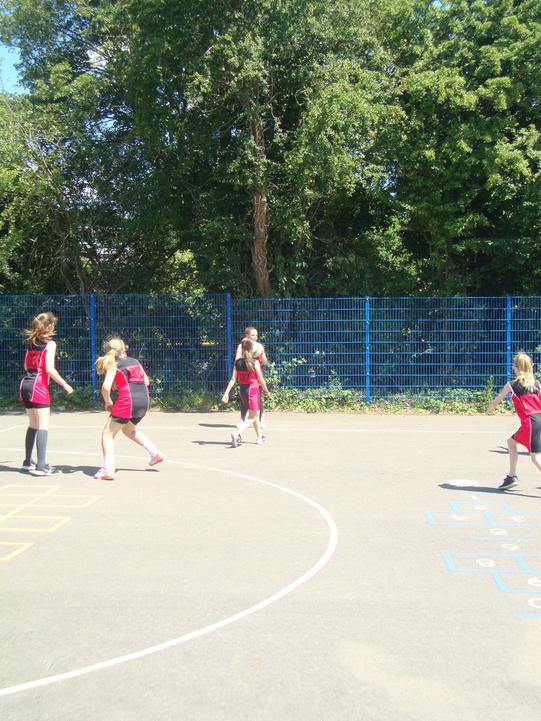 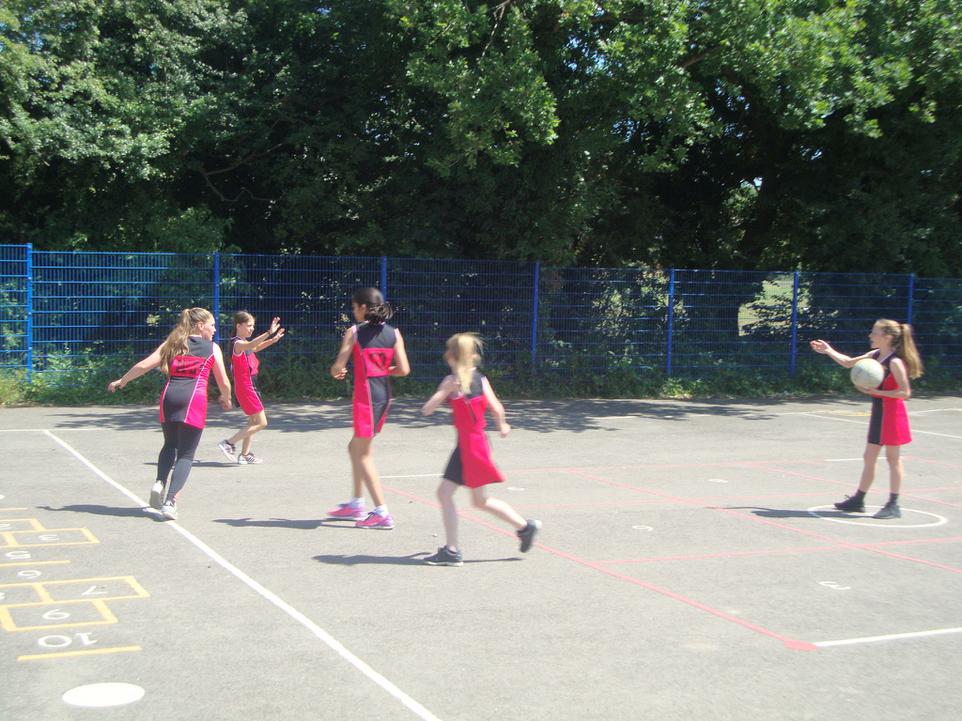 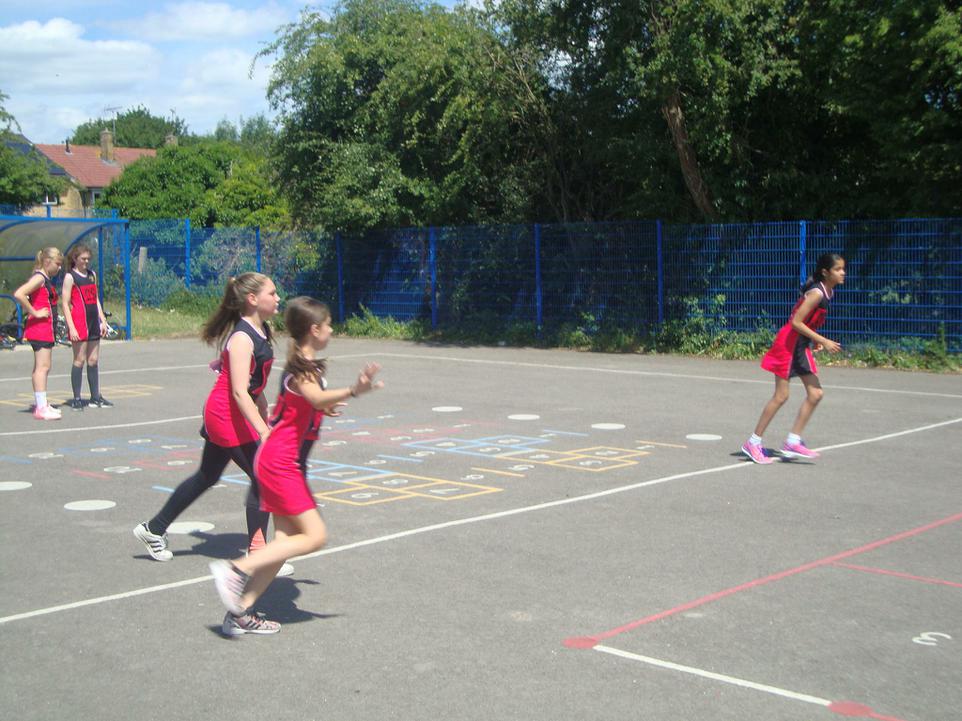 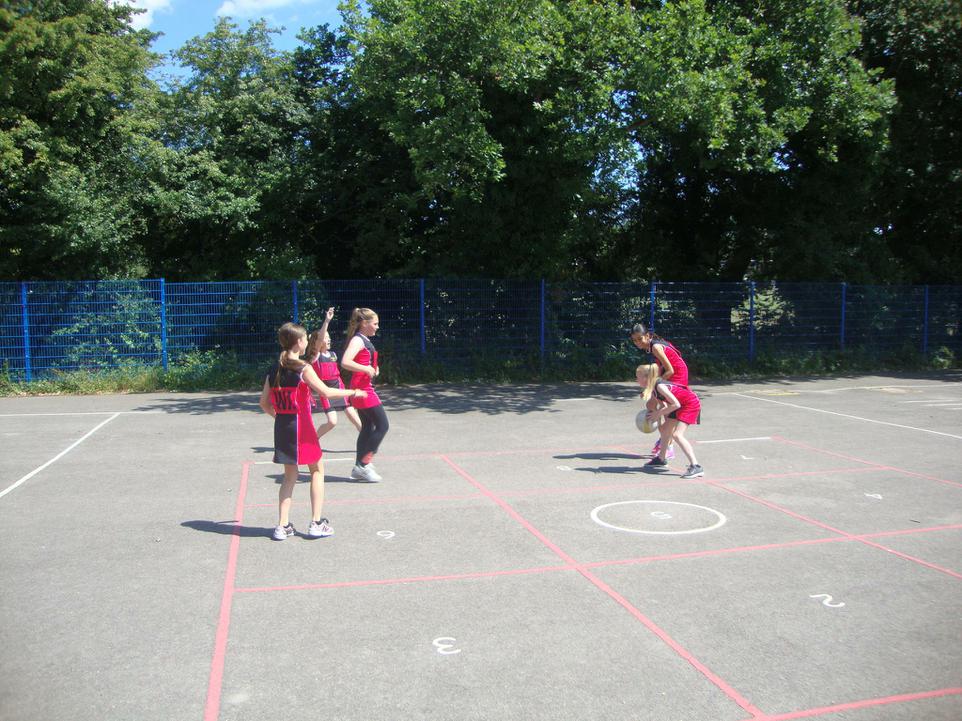 On Tuesday 20th June, the 7 aside netball team played a friendly match against Merrylands. It was an extremely tight match, played in the blistering heat, but the entire team played their very best and managed to win the match 7-4. Well done everyone - you all played brilliantly

On Tuesday 18th May 2017, the year 5 and 6 high 5 teams enjoyed playing some mini games against the Willows Primary School. It was good practice for the Lee Chapel Rally and helped us to become more confident with playing high 5 together. Thank you to all the parents and pupils who came to support the team!

On Tuesday 28th March 2017, the netball teams visited Kingswood school to play a high 5 and 7 aside match. Congratulations to the 7 aside team who won their match 7-3. It was quite an even match throughout, but the team ensured we took the win at the end! Well done everybody! And well done to the high 5 team who played brilliantly as a team in their match. They didn't quite manage a win but great teamwork and perseverance was shown by all! Keep up the hard work. Mrs Brooks

On Friday 3rd March 2017, some of the year 4 and 5 netball players played their first ever match against The Willows. It was a great experience for all of the girls and they all played so well! Well done everybody that played and I hope that you all enjoyed playing! Keep up the hard work! Mrs Brooks

On Monday 30th January 2017, the netball team had their first league match against Bardfield Primary. There were a few nerves before the match but once the team began playing, the nerves all vanished! Once again the whole team played fantastically and were a credit to the school. The final score on the night was 12-2 to Noak Bridge with some fantastic goals from both of the shooters, Ella Hilliard and Scarlett Koster. Well done everyday - a fantastic performance again! I was extremely impressed with you all! Mrs Brooks

On Tuesday 16th January 2017, the netball team played their second friendly match against the Willows. Although it was a bitterly cold evening and the ground was slippery, the team played fantastically and won the match 12-2! Each player made a great contribution to the win and once again they worked brilliantly as a team! Well done everybody -
I thoroughly enjoyed watching you all play so confidently and enjoy yourselves (even in the cold!).

Wow - what a brilliant start to the netball season! On Monday 28th December 2016, we had our first friendly match of the season. It was bitterly cold and windy but having cold hands did not stop us! The 7 aside team won their match 6-1, with four of the goals being scored by Scarlett! The 5 aside team drew 2-2, which was fantastic, as it was only the first match for some of the players on the team. Both teams were a credit to the school, showing brilliant team work, perseverance and determination. I can see that all of your effort and commitment to netball training is really paying off! Well done everybody! Keep up the hard work!  Mrs Brooks